Upgrade the sound system to increase speech intelligibility and install it in the exact same spot as the old system. 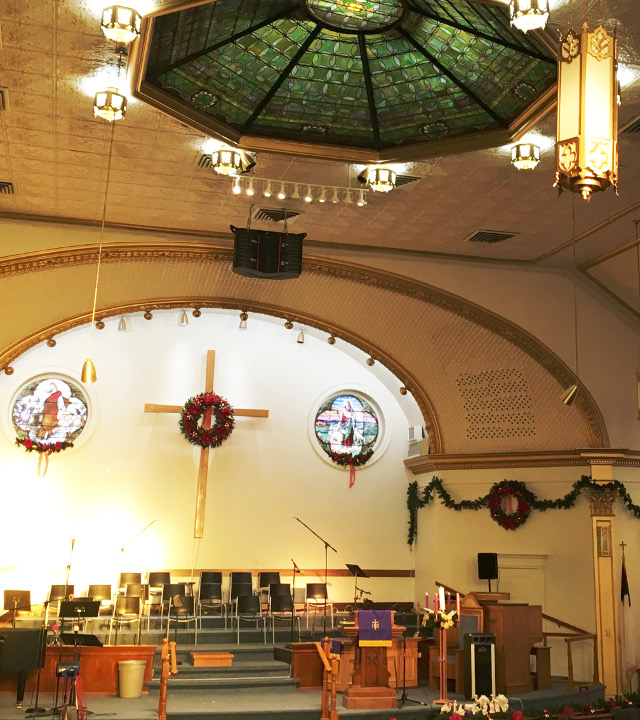 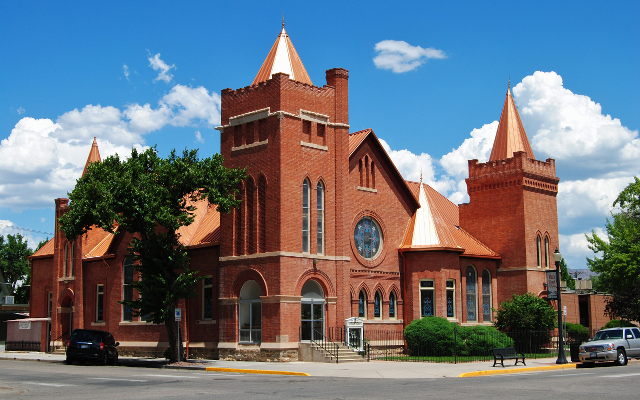 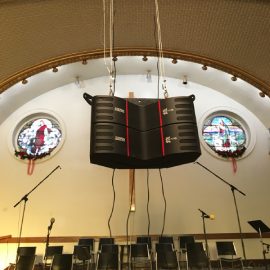 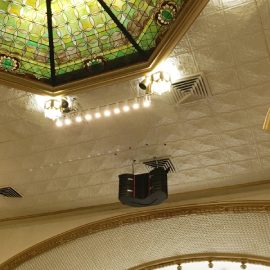 Anna is the newest addition to EAW’s flagship line of AdaptiveTM Systems, providing all of the benefits of Adaptive Performance in a high- output mid-sized enclosure. Columns of Anna can be flown as mains or mixed with columns of Anya within the same array to extend Anya’s outstanding fidelity to even greater coverage possibilities. Like all Adaptive Systems, Anna is controlled via ResolutionTM 2 software over the DanteTM network and utilizes the same standardized power and data infrastructure. Otto is the companion subwoofer for this system.

“No other loudspeaker system could have done what we’ve accomplished with Anna. And being able to dead hang the two cabinets with a single flybar and minimal cabling made the installation a breeze.” – Lucas Lafferty 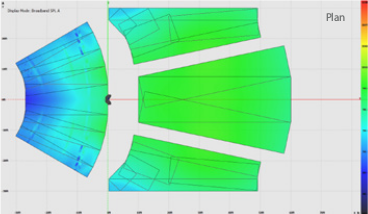 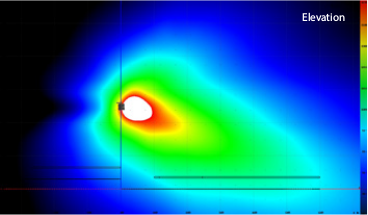 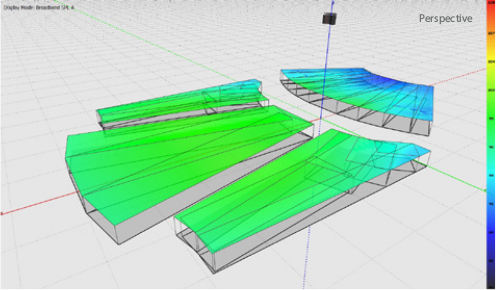 A bridge across the centuries with ADAPTıve Technology

A historic 19th century sanctuary has solved a decades-old problem thanks to 21st century technology from EAW.

Founded as a hardscrabble mining town during the Pike’s Peak Gold Rush of the 1860s, Cañon City’s historic downtown district still reflects much of its original character. First United Methodist Church (FUMC) is a part of that history, having stood at the corner of Eighth and Main since 1899.

The church’s sanctuary is classic period architecture, with high ceilings, soaring stained glass windows, and richly reverberant acoustics designed to enhance the sounds of pipe organ and Gregorian choir. Sadly, those same acoustics wreak havoc with spoken word intelligibility, and the church’s congregation has struggled for literally generations to hear the sermons. The sanctuary’s existing system, an older, underpowered center cluster, did little to address the problem, with insufficient and inconsistent coverage across the seating areas.

“Because of the building’s protected status, we were not permitted to drill into the walls or ceiling,” Lafferty reveals. “Our only option was to use the existing rigging points from the old center-mounted system.” Aside from potential weight concerns, the idea of hanging a large speaker array would have doubtless created aesthetics issues with the church’s classic architecture.

The hall’s broad dimensions added to the challenge. “We needed to design a system that would not just throw 120 feet to the back of the room, but also cover a seating area 140 feet wide,” offers Lafferty. “ And we had to do it using the existing hang points.”

To address the space’s challenges, Lafferty turned to EAW’s ADAPTive loudspeaker systems, designing a center-hung array comprising just two Anna loudspeaker modules. The newest member of EAW’s ADAPTive Series, Anna modules integrate a high resolution array of 14 transducers, each with its own discrete power and processing. Utilizing EAW’s Dante- based ResolutionTM 2 software, sound can be precisely controlled and directed for optimal coverage, without the need to physically angle or splay the loudspeaker module. A single flybar supports both modules, and a simple Dante network connection made for a smooth and easy installation.

Lafferty’s familiarity with the ADAPTive Series and Resolution 2 software made the Anna system an easy choice. “I had attended an ADAPTive training seminar in Nevada last year, so I knew what the system was capable of, and was confident we could accomplish our goals with just two Anna cabinets.” Each module’s ultra-wide 100-degree dispersion provided more than enough coverage for the space. “Once we plugged our specifications and the location of our speaker cluster into Resolution, we were set,” he recounts. “We used the built-in DSP and had the system optimized in no time.”

Addressing the challenges of designing an audio system within such restrictive parameters would have been no match for traditional loudspeaker technology, concludes Lafferty. “No other loudspeaker system could have done what we’ve accomplished with Anna. And being able to dead hang the two cabinets with a single flybar and minimal cabling made the installation a breeze.”

Congregants and clergy are equally delighted. “People tell us they’re amazed that they can finally hear the service. The church is beyond pleased with the system.”